Delaware, Most Corporate-Friendly State in America

The 2015 Lawsuit Climate Survey “Ranking the States: A Survey of the Fairness and Reasonableness of State Liability Systems” from the U.S. Chamber Institute for Legal Reform is out, and for the tenth year in a row, the state of Delaware was voted number one.

The purpose of this survey, which has been conducted every other year since 2008 (from 2002 to 2008 it was conducted annually), is to outline how corporate lawyers assess the state governmental systems in which they work and interact.

They are asked to evaluate their opinions of each state’s liability procedure, using a 1-50 ranking of significant elements. Those surveyed were part of a “national sample of 1,203 in-house general counsel, senior litigators or attorneys, and other senior executives at companies with at least $100 million in annual revenues who indicated they: (1) are knowledgeable about litigation matters; and (2) have recent litigation experience in each state they evaluate” (“Ranking the States”).

Although attorneys were asked to comment on states in general, they did have an opportunity to comment on local jurisdictions with the least fair or reasonable lawsuit environments, and the bottom five on this list are:

In terms of overall state rankings, after Delaware at number one, Vermont is in the number two spot; next is Nebraska, then Iowa, New Hampshire, Idaho and North Carolina. Wyoming fell five spots from 2012; it now ranks number eight, followed by South Dakota at nine and Utah at number ten.

California spent $50 million on a campaign to promote its state. We have to compete.” In addition, in 2014, Governor Cuomo created Start-Up NY, a tax-free zones program focused primarily on upstate New York, which aimed to lure new businesses to New York with zero income tax and zero business tax for ten years. At the time, he stated, “It makes New York the least expensive place in the United States to locate a business” (Poughkeepsie Journal).

In 2015, Cuomo also proposed a significant tax cut for small businesses that file corporate Franchise Tax, but even with the cuts, New York’s Franchise Tax cannot compare to Delaware’s low Franchise Tax, which is fixed at $300 for any Delaware LLC.

Delaware ranks number one in the majority of the categories in which survey participants were asked to give states a grade of A – F. The ten categories are:

Of these, Delaware ranks number one in overall treatment of tort and contract litigation; having and enforcing meaningful venue requirements; treatment of class action suits and mass consolidation suits; damages; timeliness of summary judgment or dismissal; and judges’ competence. Delaware ranks number two, behind Vermont, in discovery; scientific and technical evidence; judges’ impartiality; and juries’ fairness. 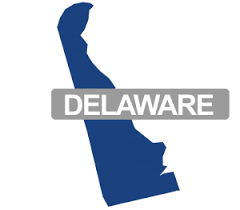 It is interesting to note that neither Wyoming nor Nevada, the two states most often incorrectly compared to Delaware in terms of corporate-friendly environment, fared well in the survey. Wyoming ranked eighth overall and Nevada ranked 35th overall.

In the distinct categories, Wyoming’s highest ranking was five (in Treatment of class action suits and mass consolidation suits as well as Timeliness of summary judgement or dismissal) while its lowest was eighteen (in Scientific and technical evidence).

Nevada, however, failed to crack the Top 20 in any category. Its highest category ranking was twenty-five (in Scientific and technical evidence) and its lowest was forty-one (in Damages).

Wyoming’s mediocre performance and Nevada’s poor performance should finally put to rest the notion that those states are in any way comparable to the truly corporate-friendly Delaware, the highest-ranked state for the tenth year in a row, in the U.S. Chamber Institute for Legal Reform 2015 Lawsuit Climate Survey “Ranking the States: A Survey of the Fairness and Reasonableness of State Liability Systems.”