Owning Stock and Being a Shareholder in a Corporation 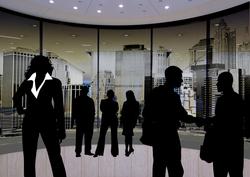 A shareholder is an individual or entity that holds shares representing an equity ownership interest in a corporation, often termed either common or preferred stock. A shareholder can also be referred to interchangeably as a stockholder.

As an equity holder, a shareholder is a part-owner of a corporation and participates in the increase or decrease in the company’s value.

The bylaws may provide different classes of stock with different economic (and other) rights, and holders of preferred stock receive priority and preferred distributions over holders of common stock.

One of the key features of share ownership is limited liability. A corporate shareholder is not liable for the debts and obligations of the corporation. Under certain circumstances, a court can look through a corporation and hold its shareholders responsible for certain debts and liabilities, most commonly in cases of fraud or other misconduct. Such an action, referred to as “piercing the corporate veil,” is not common, as it undermines the general principal of limited shareholder liability, a fundamental feature of the corporate form.

What Is Stock? What Does It Mean to Own Stock?

Stock represents an equity ownership in an entity, and normally, with certain exceptions, is given in exchange for a paid-in capital contribution to a business.

Ownership of stock does not entitle the holder to specific property or assets of the company, but rather, provides the holder with a share of the entity’s profits and gains, normally through the receipt of dividends.

The Supreme Court identified those characteristics usually associated with stock as “(i) the right to receive dividends contingent upon an apportionment of profits; (ii) negotiability; (iii) the ability to be pledged or hypothecated; (iv) the conferring of voting rights in proportion to the number of shares owned; and (v) the capacity to appreciate in value” (United Housing Foundation, Inc. v. Forman, 421 U.S. 837, 851, 1975).

Here are some general features of stock, and can vary depending upon a company’s Articles of Incorporation and the terms governing specific classes or stock: 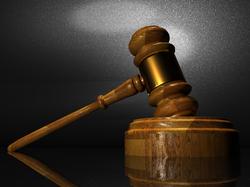 Many terms related to shareholders’ rights can be set forth in a corporation’s Certificate of Incorporation or bylaws.

In close corporations, shareholders’ rights will be set forth with specificity in a shareholder’s agreement among the holders. In larger corporations with a larger number of shareholders, the Certificate of Incorporation and the bylaws are the primary governing documents.

Delaware law sets forth default rules and rights that will govern in the event that a corporation’s governing documents are silent on an issue and, importantly, spells out certain limited rights that cannot be waived in such documents.

Another basic right of all owners of shares of common stock in Delaware corporations is that they may vote one vote per share on all matters that common shareholders are allowed to vote on.

The number of authorized shares of each class of stock in a Delaware corporation is on file with the Delaware Division of Corporations; however, the names and addresses of the shareholders are not listed or recorded with the State government.

Corporations must hold a shareholder meeting at least once every thirteen months and must send a notice to all shareholders of the time and place of the meeting, inviting them to attend. Shareholders who have the time should make an effort to attend a corporation’s shareholder meetings so they can stay abreast of the corporation’s activities, challenges and growth. They may also attend by conference telephone and may vote by proxy without attending if they desire.

Next: Corporation Vs. LLC

Thanks for the blog. Very helpful. I am trying to find UBO of a Delaware Inc previously incorporated with your firm. We need to do the onboarding. But none of the documents bylaws and certificate of incorporation shows the names of sharholders. Which document should I ask, maybe latest shareholder`s meeting? I appreciate your help.

Shareholders of Delaware corporations are generally not filed with the state or part of a public database. If this is a company you are working with, you may want to try reaching out to your contact them and requesting the needed information from them.