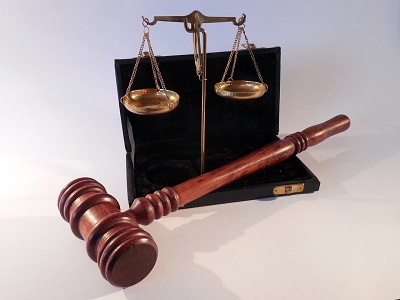 A recent Nevada Supreme Court decision held that an officer or director of a Nevada corporation can act in a grossly negligent, uninformed, careless, or even reckless manner and still not violate his or her fiduciary duty of care to the company and the shareholders.[1]

A Nevada statute sets out the fiduciary duties an officer or director owes to a corporation and shareholders.[2] The Nevada Supreme Court looked at the specific language of the statute and how, in past decisions, Nevada courts had adopted concepts from Delaware’s case law rather than focusing on applying Nevada’s statutes. The Court sought a return to Nevada’s own principles, rather than borrowing from Delaware law.

In interpreting Nevada law on fiduciary duties, it held that, under the plain language of the statute, an officer or director could not be found liable for negligence, gross negligence, recklessness or even reckless disregard for his or her duties to the company, or even actions so mind-bogglingly foolish that they defy explanation, so long as the director or officer lacked the actual intent to harm the corporation or violate the law.

The statute states that “[a] fiduciary duty is only breached in this context where the director or officer engaged in intentional misconduct, fraud, or knowing violation of the law.”[3]  This is a difficult standard to satisfy, and many foolish acts to the detriment of corporations and shareholders will go unpunished as a result.  The Nevada Supreme Court further said on this point “a claimant must establish that the director or officer had knowledge that the alleged conduct was wrongful in order to show a ‘knowing violation of law’ or ‘intentional misconduct.’”[4]

A corporate director may show a Mr. Magoo-type of ignorance of his or her surroundings, the company’s circumstances, or the facts surrounding a given board decision or vote, or bumble about like a calamitous but self-assured Inspector Clouseau (of Peter Sellers’ Pink Panther fame) when acting on behalf of a corporation, but, under the Nevada statute, such directors still could not be held to violate his or her duty to the corporation.

Shareholders would generally expect that a director or officer would exercise at least the diligence of a reasonable person in fulfilling his or her role, but Nevada’s legislature inexplicably decided otherwise.  This statute is likely the result of the Nevada legislature’s poor drafting and a lack of a full understanding of corporate fiduciary duties. This statute is demonstrable evidence of Delaware’s supremacy in carefully crafting its corporate law to protect diligent, loyal, and well-informed management, while still providing shareholders with the level of care in the exercise of fiduciary duties that protects their interests.

The Supreme Court notes that Nevada has generally borrowed corporate concepts and case law from Delaware. Where Nevada law is silent or ambiguous, state and federal courts in the locale would fill in the gaps with large swathes of Delaware decisions and guidance. Nevada’s business court concept is borrowed from the model of Delaware’s Chancery Court, although without the benefits of judicial expertise and the expert, coherent body of case law that one finds in Delaware.

“Delaware is seen as the gold standard of the business court model” and Nevada is only one of many states that has attempted to copy it by creating its own pallid reflection of the Chancery Court.  Like many other states, Nevada attempts to compete with Delaware as a sophisticated jurisdiction for corporate and LLC formation by copying Delaware’s structures (such as the Chancery Court) and borrowing its legal precedents and principles; but when other states attempt to innovate or enact their own corporate provisions, Delaware’s supremacy is clearly evidenced and reinforced.

This Nevada statute is only one more reason Nevada will fail to surpass Delaware or supplant it as the favored jurisdiction of corporate and LLC formation. This is not the only way in which Nevada’s own actions make Delaware a more favorable jurisdiction.  For example, Nevada requires that business founders turn in a list of their officers and directors initially and on an annual basis, while Delaware does not collect shareholder, membership or officer information.

Delaware protects the privacy of business founders and a business’s management, corporate shareholders, and LLC members. Delaware is and will remain the premier jurisdiction for formation for the foreseeable future for many reasons, and the decision and statute discussed in this article are a warning for the unwary who would form elsewhere.