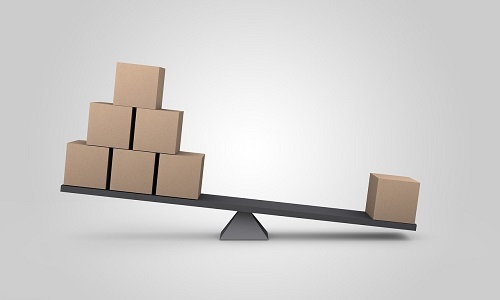 A shareholder’s right to vote on corporate matters, particularly in a publicly traded corporation is a traditional and fundamental part of ownership in a Corporation.

Recently, corporations preparing for initial public offerings (“IPOs”) have been adopting a dual-class share structure. In such a structure, public investors in the IPO receive common stock with little to no voting rights (“Non-Voting Stock”), while founders (and in some cases other insiders) receive either the only voting stock in the corporation (“Voting Stock”) or stock with voting power often ten-times (10x) that of public investors.

Using this structure, company founders can access the potentially immense capital available in a successful IPO. Where founders’ economic interest becomes far smaller after the IPO, the founders maintain full or near-full voting and governance control over the newly public company through holding Voting Stock.

The companies adopting these dual-share class structures are not merely small, newly public companies; rather, they are often high-growth “unicorns” (private companies valued at over $1 billion) that decided to go public.

Some proponents of the structure contend that the voting structure allows management to focus on long-term growth and strategy, rather than on short-term share price movements and analysts’ aggressive quarterly projections. Studies show that the companies adopting the dual-share structures are largely unaffected in terms of their performance. In addition, keeping management in control serves as a defensive measure against a hostile takeover during times of underperforming share prices. Management and the founders, rather than the public shareholders with an incentive to cash out at even a modest premium, will have greater control over the strategic; rather than the reflexive nature of the acquisition decision.  Further, in cases where a company has grown around a particular figure, a cult-of-personality CEO such as Mark Zuckerberg, a dual structure can help preserve value by ensuring that those who led the company to unicorn status and, ultimately, a successful IPO maintain control over key decisions and the company’s strategic direction.

Conversely, many believe dual-class structures insulate management from the desires of those they are duty-bound to serve and remove all accountability by, among other things, doing away with director elections.  Rick Fleming, the SEC’s Investor Advocate, captured the disdain of many shareholder advocates in a vivid metaphor, stating that dual class structures represent “a festering wound that, if left untreated, could metastasize unchecked and affect the entire [public securities market].”

Institutional investors such as the California Public Employees’ Retirement System (or “CALPERS”), with massive amounts of capital to invest, as well as proxy advisers to other large investors typically view dual-class structures as insulating management from any consequences of poor performance or mismanagement.  Shareholders have virtually no vote over directors or amendments to key governing documents, etc., all of which lead to a complete erosion of management accountability for fiduciary decisions and breaches as well.

There are several potential developments that could mitigate the harm perceived by some in corporations’ adopting dual-class structures. There is a push for greater restrictions on IPOs of such companies on the major U.S. stock exchanges, as the NYSE and NASDAQ consider listing standards that would prohibit the structure or would compromise. For example, some companies are adopting dual-class structures where all the shares eventually convert, on a single date or over time, to the widely accepted and traditional “one share, one vote” principle.

If you would like to form a new Corporation or Amend the Certificate of Incorporation to include the necessary language for the Voting and non-Voting shares reach out to us at 800 345 2677 ext 6900 or email us at info@delawareinc.com