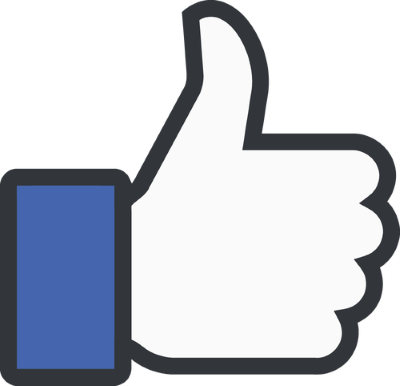 Back in 2012, we published a blog post about Facebook being a Delaware company and what this meant for its “upcoming” IPO. As you may know, many viewed the IPO in hindsight as a bit of a flop, or at least somewhat disappointing. Regardless, shareholders who jumped in right away are certainly reaping benefits today.

Much has changed in the social media landscape since 2012 and will surely continue to do so year after year. For now, however, Facebook is as big as ever.

Visit macrotrends.net for a look at Facebook’s market cap growth since its 2012 IPO.

Over the years, Facebook’s founder, Mark Zuckerberg, has consistently rebuffed mouth-watering buyout offers, including those from Google and Yahoo!, both Delaware Corporations as well.

“Simply put: we don’t build services to make money; we make money to build better services,” Zuckerberg wrote in his letter to prospective shareholders in 2012. “And we think this a good way to build something. These days I think more and more people want to use services from companies that believe in something beyond simply maximizing profits.”

When it came time for Facebook’s IPO, many wondered what that would mean for Zuckerberg’s majority shareholder position, since stock would now be sold to the public. Facebook decided to create two classes of Common Stock: class A and class B. Both classes had a .000006 par value at that time. Class A stock would be publicly traded, while class B would be much more exclusive (for company insiders, including Zuckerberg) and would carry 10 times the voting weight of class A stock.  So, even though Zuckerberg offered 30.2 million Facebook shares, he was still the majority stockholder in the company.

Learn more about the flexibility that Delaware corporate law provides when it comes to authorizing different classes of stock.

And if you’d like to go back and look at some articles about Facebook’s IPO and stock prices over time, here are a few we enjoy:

Do you have an idea for the "next Facebook?"

Get started by seeing if your company name is available in Delaware (it's free!):

THE AUTHOR OF THIS BLOG ARTICLE IS NOT A LAWYER AND HARVARD BUSINESS SERVICES, INC. IS NOT A LAW FIRM. THE ARTICLE ABOVE IS NOT INTENDED AS LEGAL ADVICE AND SHOULD NOT BE TAKEN AS LEGAL ADVICE. THIS SHORT ARTICLE IS STRICTLY TO MENTION SOME ASPECTS OF DELAWARE’S CORPORATION LAWS AND/OR LAWS RELATING TO OTHER FORMS OF ENTITIES WHICH YOU MAY NOT BE FAMILIAR WITH. WE RECOMMEND THAT YOU CONSULT WITH A LAWYER BEFORE FORMULATING A STRATEGY WHICH WILL BE SUITABLE FOR YOUR SPECIFIC CASE.