Update on the 2019 Corporate Transparency Act 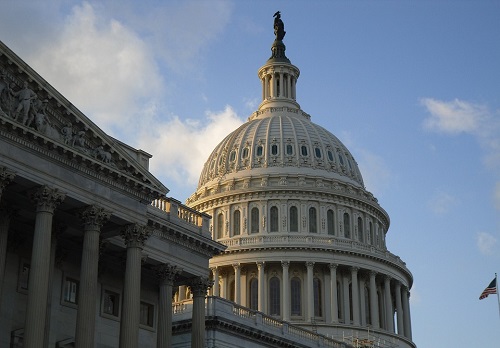 Earlier in 2020, we discussed a bill passed by the House of Representatives in October 2019, known as The Corporate Transparency Act of 2019 (HR 2513) (the “CTA”).  If it became law, the CTA would have forced nearly all small businesses organized as corporations or LLCs to disclose to the Treasury Department certain of their shareholders’ or members’ names and other personal information on an ongoing basis.
In this post, we discuss the status of Congress’ consideration of the CTA’s disclosure provisions in their most recent form; we discuss certain of the pros and cons of the requirements, but do not describe in depth the features of the potential disclosure obligation.  Please see our previous post, linked above, for a fulsome discussion of the CTA’s various provisions and terms, such as the persons subject to reporting, content and timing of the disclosures, and potential penalties for noncompliance, among other things.
Although the 2019-2020 Congressional Session ended without Congress passing the CTA, its proponents have revived the disclosure mandate in a new push to see nearly-identical reporting made law.  It increasingly seems a matter of when, not if, the federal government adopts CTA-style disclosure requirements and businesses are required to disclose their members’ or shareholders’ identity and other personal information.
Recently, proponents of compelled disclosure in the House bundled the CTA’s disclosure obligations with the House’s draft of the National Defense Authorization Act (the “NDAA”), precluding an up or down vote on the disclosure requirement’s own merits by piggy-backing on passage of the critical annual authorization of defense spending.  The House passed its version of the NDAA without separate discussion and debate on the incorporated CTA-style disclosures, while the Senate version of the NDAA omitted any mention of corporate or LLC disclosures entirely.
Now, the House and Senate will debate and attempt to reconcile the provisions of their respective versions of the NDAA in a Conference Committee, after which, assuming an agreement is reached between the two chambers of Congress, the final bill will sent to the President for signature. It is difficult to predict whether the CTA provisions will be incorporated into the final NDAA that Congress passes or what changes to the disclosure obligation may come from Congress’ negotiations in Conference Committee.  Practically, however, disclosure supporters’ efforts and their appeals to national security and crime prevention are gaining traction and will likely win the day in the long run.
If the federal government does not act, it is likely that individual states will begin requiring greater beneficial ownership information.  Delaware may be particularly loathe to require such reporting given its preeminent status in business formation and respect for business owners’ and investors’ privacy. Many other states, however, already require varying levels of ownership disclosure and likely will require more in the future.
As discussed in our previous blog post, proponents of disclosure claim ownership disclosure is necessary to give law enforcement information regarding exploitation of anonymous, U.S.-formed “shell companies” by criminals and other malefactors.  As we argued in our prior post, however, the scope of the CTA’s and the House NDAA’s disclosure requirements is drastically overbroad.  The disclosure requirements place the cost, burden, and potential liability of ongoing compliance on the overwhelming majority of law-abiding business owners (with 11 million businesses to be affected under the House NDAA’s terms), rather than crafting narrowly-tailored, effective measures to target the small minority of criminal enterprises.
The American Civil Liberties Union (ACLU),1  the American Bar Association,2  and the Heritage Foundation (a highly-respected conservative think tank)3  similarly oppose the CTA’s and the House NDAA’s disclosure obligations on a number of other grounds, some of which we touched upon in our previous post.  These objections include reasons of privacy, over-breadth and the particular impact on small businesses, sheer inefficacy in addressing criminal activity, failure from a cost-benefit perspective, the cost and burdens of compliance, ambiguous standards and terms, and the very real potential for liability for non-culpable failures in disclosure.
From a privacy and general civil liberties perspective, the mandated disclosures’ allow law enforcement to compel a blanket disclosure of personal information from law-abiding business owners and criminals without distinction, while avoiding the inconvenient burden of proof and judicial oversight necessary to obtain a warrant.
The proposed disclosure regime have the dubious distinction of a rights-erosion trifecta in that it:
Until its passage, we cannot be certain whether the 2021 reconciled NDAA will be the vehicle that brings beneficial owner reporting on a nationwide scale; however, small corporations and LLCs should keep in mind that anonymity in forming, structuring, and owning an interest in a business may soon be a vestige of the past.  It would be prudent to begin looking at the materials published relating to the CTA and House NDAA, both the bill text and its interpretations as well as secondary sources.  In particular, given the complexity and ambiguity in the terms set out in the CTA regarding looking through entity owners, company management would be wise to begin weighing and evaluating their ownership in terms of “substantial control” and “economic benefit” (key terms in the CTA and House NDAA) to determine the members or shareholders subject to reporting.
We will continue to keep our clients and readers abreast of developments in this new potential disclosure regime.

I appreciate the communication.