What Is the Corporate Transparency Act of 2019? 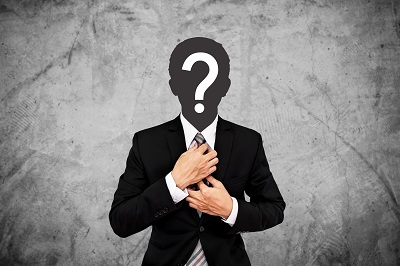 On October 22, 2019, the House of Representatives passed The Corporate Transparency Act (H.R. 2513) (the “Act”). If it becomes law, the Act requires U.S. corporations and LLCs (“Covered Companies”) to file a form with the Treasury Department on an initial and ongoing basis providing significant information about the Covered Companies’ “beneficial owners”.

As discussed below, the Act excludes certain large U.S. businesses and businesses operating in certain industries or performing certain services, as its stated goal is to stop criminals from operating and engaging in criminal enterprises from behind the anonymity of shell companies.

The Act’s broad scope and filing requirements would burden early-stage U.S. businesses and their owners and controlling persons, and others similarly lacking in significant resources.  Additionally, the Act would violate the privacy of the very businesses and persons the U.S. economy relies upon most: small businesses, entrepreneurs, business founders, and angel and venture capital investors.

What companies must make a filing under H.R. 2513, and when?

The Act’s reporting requirements only apply to U.S. corporations and LLCs; the Act would not currently require partnerships, trusts, or other entities to file Ownership Reports. [1]

Who is a Beneficial Owner subject to reporting?

The Act defines a beneficial owner as a natural person (i.e., not an entity) that, directly or indirectly, through any contract, arrangement, understanding, relationship, or otherwise:

The Act uses a vague standard for beneficial ownership that could be subject to abuse. The provision dealing with control over 25% of a company’s equity is relatively straightforward, although it applies “directly or indirectly” through an intermediate entity, which will require clarification. As a result, a Covered Company would be required to look through an entity-owner to its beneficial owners to determine indirect ownership; in many instances under federal law where beneficial ownership is at issue, indirect control requires different ownership percentages or stronger indicia of control over the intermediate company.

In terms of “substantial control” in the second prong above, a range of possible agreements and relationships provide the "substantial control” contemplated by the Act, even where an investor’s shareholdings are less than 25% of the total outstanding equity.  Such agreements or arrangements include proxies, voting agreements, special provisions governing the rights of certain classes of stock/interests, preferred stock/interests with exceptional voting rights relative to common stock/common interests, among other things.  Even the sometimes copious veto and approval rights given to significant lenders may constitute control, as the second prong does not specify that control must come from ownership of equity rather than debt instruments.

The Treasury Department will provide much of the substance of the definition of “beneficial owner” in the rules it is required to adopt within one year after the Act’s enactment, should it become law.

In particular, the operation of a look-through of entity-owners will need to be clarified by the Treasury Department, with appropriate rules and guiding principles given.

What must be reported? Who are beneficial owners under the Act?

For each of its “beneficial owners”, a Covered Company would be required to provide the ultimate natural-person owner’s full legal name, date of birth, current residential or business address, and a unique identifying number from some form of unexpired government-issued identification, such as a U.S. or non-U.S. passport, a driver’s license or a government-issued identification card obtained from a U.S. state, confirming current military service and certain access permissions (a military ID), or non-U.S. government.

What may Treasury do with the information?

The Treasury Department will hold all beneficial ownership information filed by a Covered Company until the end of a five-year period following the termination of that Covered Company.  During the period it holds such information, the Treasury Department may disclose the information to (a) any local, state, or federal agency upon request, (b) a law enforcement agency of a non-U.S. government upon a request by a U.S. federal government agency, or (c) any financial institution, with the Covered Company’s consent, to satisfy the institution’s due diligence requirements and any know-your-customer requirements to which the institution is subject (e.g., banks, broker-dealers, etc.).

The Act expressly states that the information may only be used for law enforcement, intelligence, or national security purposes, small comfort though it may be.

For a knowing violation of the Corporate Transparency Act, the Act permits a civil penalty of up to $10,000 and a criminal financial penalty and/or imprisonment of up to three years.  Negligent violations are not subject to civil or criminal penalties.

While the need for greater beneficial ownership over shell companies has long been reiterated, the Act is a broad and ham-handed attempt to get at such information.  By design, it affects the small businesses in America, the vast majority of which are engaged in proper business operations and do their good-faith best to comply with applicable law.  In seeking out a small minority of bad actors, the Act imposes legal and regulatory burdens upon already cash-strapped entities.

Given the complexity of the look-through and other features of the analysis, many of these businesses will need to retain attorneys to comply with the Act.  An official from the Delaware Secretary of State attempted to convince me that the Act creates no burden on small businesses, since all that is required is a brief filing and no civil or criminal liability attaches for negligent mistakes and compliance failures. If legislators and other federal and state officials and employees are spending untold of collective hours considering how to define beneficial ownership and the other terms under the Act, as the Delaware official indicated, a small business owner should not be expected to interpret the ambiguous concept and the always-complex beneficial ownership criteria that the federal government produces. Government officials should not be so cavalier in waving aside small business owners’ genuine desire to appropriately comply with law, as a business owner looking at the Act’s filing obligation would not disregard compliance as the official suggests, reasoning that he or she can be negligent and still not be subject to criminal or civil liability.  The overwhelming majority will seek out an attorney or spend significant time trying to understand and properly complete the Ownership Reports.

While the Act’s Ownership Reports will be a boon to legal counsel and will save federal and state prosecutors and agency enforcement staff the time involved in issuing a few subpoenas, the Act’s filing obligation is like a giant trawling net lowered into the ocean, capturing without concern or thought immense amounts of unsought after sea life in the pursuit of a few of the desired species.  Here, the Act’s requirements would capture in its scope the staggering percentage of small businesses that comply with the law in the hunt for a convenient way to pursue a small number of bad actors relative to the overall catch. Such giant, wasteful, amoral means of pursuing a desired goal has been outlawed in the context of trawling nets in fishing. If we so act to protect the tuna, let us do so to protect the honest entrepreneur and law-abiding business owner.

1] However, the Act requires that the Treasury Department provide a report to Congress on, among other things, whether the Act should extend to partnerships and other currently-excluded entity types.

2] The name of the filed document that creates a legally entity when accepted by a state varies by state and by entity type.  Hereafter, I will use Delaware’s names for these materials, as applicable (e.g., Certificate of Incorporation (corporation), Certificate of Formation (LLC), and so on).

There is 1 comment left for What Is the Corporate Transparency Act of 2019?

Hi. My Delaware registered LLC is a very small business single member LLC incorporated in 2012 Via Harvard. Also recently foreign qualified in TX. Am I subject to some new transparency reporting requirement? I am the sole member. no employees. low income. Please let me know the deadline for filing and if it can be done by Harvard?

Thank you for reading our article. We are happy to reach out to you to discuss this topic more.