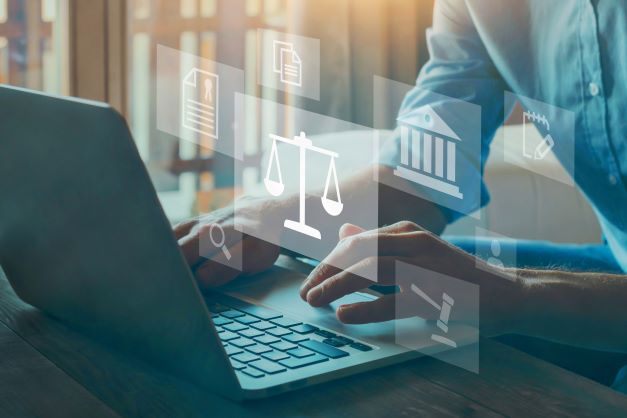 The Delaware Legislature adopted the amendments to the Delaware General Corporation Act (“DGCL”) earlier this summer and the Governor signed them into law on July 27. The amendments became effective on August 1, only two business days after the Governor’s signature; the revised provisions’ near-immediate application will undoubtedly lead to inadvertent violations, making decision makers’ awareness and understanding of their effects imperative.

Summary of Fiduciary Duty of Care

The duty of care scrutinizes an officer’s diligence, thoroughness, level of care, and attention the officer exercises in his or her position. In reviewing an officer’s decisions under the duty of care, the Delaware Court of Chancery examines the fulsomeness and circumstantial reasonableness of the officer’s decision-making process, rather than the post hoc “rightness” or “wrongness” of a decision. Even where a decision ultimately proves ill or unsuccessful, it can survive court scrutiny if officers seek out and consider, “prior to making a business decision, [all] material information reasonably available to them.”

The Court focuses on whether the officer consulted relevant information possessed or reasonably obtainable, whether alternative options were considered, whether experts were consulted, etc. The Delaware courts describe the level of failure required for duty of care liability as gross negligence, “reckless indifference,” a “gross abuse of discretion,” and/or “a devil-may-care attitude or indifference to duty amounting to recklessness.”

Overview of Duty of Care Waiver

Section 102(b)(7) of the DGCL allows a corporation, in its governing documents, to waive a director’s personal monetary liability for a violation of the fiduciary duty of care, but not the duty of loyalty. Like directors, officers are fiduciaries of the corporation they serve, and, therefore, are subject to the two fundamental fiduciary duties of care and loyalty. Secondary duties – disclosure, oversight, good faith, etc. – flow from a combination of and interaction between the two core duties of care and loyalty, as with directors.[1]

The amendments modify Section 102(b)(7) to permit a corporation’s certificate of incorporation to waive officers’ monetary liability to stockholders for violations solely of the duty of care (not of loyalty or subset duty of good faith). In order to effect this change, the board must adopt an amendment to the corporation’s certificate of incorporation, which requires a vote of at least a majority of stockholders (both as a body and per “class” of “series” of stock). Given the severity of the conduct required to trigger a duty of care violation, and that the waiver applies to purported direct stockholder injury, this is a significant change in shareholder rights vis a vis management.

Limitations on Officer Waiver of Duty of Care

The waiver of duty of care violations does not apply to (i) a breach of the duty of loyalty, (ii) acts or omissions not in good faith or involving intentional misconduct or a knowing violation of law, and (iii) any transaction from which the officer derived an improper personal benefit. The exclusions in (ii) and (iii) could be considered superfluous, given that each involves an intentional act rather than the gross negligence to reckless disregard of a duty of care violation.

Waiver Limited to Direct Suits, Not to a Suit by the Corporation or a Derivative Action

A derivative suit, whether brought by the board or a shareholder on the corporation’s behalf, seeks redress for harm to the corporation. For instance, if an officer drastically bungled a large deal that cost the company significant resources unnecessarily, a stockholder could petition the board to bring an action against the officer. If the board refused, the stockholder could attempt to file an action in the company’s name nevertheless. The key requirement in a derivative suit is a stockholder’s demand upon the board to institute the action, although, in certain cases, a court will deem such demand futile and will waive the requirement.

Officers Able to Employ the Waiver

Officers are not automatically afforded the waiver, nor do all qualify to rely upon it. However, the definition of “officer” for these purposes is flexible, giving a corporation the ability to fix its scope outside of the specifically enumerated core officers. The following constitute “officers” for purposes of the waiver:

Justification for the Change

The Legislature, and the Delaware Bar attorney committee that proposed the changes to the Legislature, explain the change by pointing out the increased instances where a dual director/officer is exculpated in his or her director capacity, but not as an officer. This is perceived by some as unfair. Supporters of the change also note an increase in class actions naming officers as a party, raising the cost of D&O insurance and, at least in theory, making it more difficult for Delaware corporations to attract top talent for fear of liability.

To stockholder advocates and others, the justifications are uncompelling. In the case of directors, the waiver has something of a logic to it. Directors are not involved in the granular, day-to-day management of the corporation and are often reliant on financial, compliance, operational, and legal materials and guidance provided by officers or experts (in the absence of red flags), and directors’ reasonable reliance on such persons and information they present is permitted under Delaware law.

By contrast, officers serve in the fray of the corporation’s ordinary and extraordinary on-the-ground operations and governance; they regularly act on the company’s behalf within their authority, and directors, regulators, and stockholders rely on their diligent, and sound judgment. Key officers know the business in its minutiae, and often have first-hand knowledge of the preparation of figures, the types of audits and tests done, and, likely, the problem areas the corporation is addressing.

It weakens the system of corporate oversight to remove such liability from officers. They are the eyes and ears of the directors in many decisions and deliberations. If an officer is not held to any level of care or diligence, if he or she can act in a grossly negligent or reckless manner, without legal accountability, faith in directors’ decisions made in reliance on officers’ acumen and assiduity is a dubious prospect. In the case of dual officers/directors, the person serves with two hats, and is subject to fiduciary duties in both capacities. It is logical that the person could engage in conduct as an officer, not as a director, that violates the fiduciary duty of care and results in a lawsuit, where directors could be rightly blameless.

Given the role of officers in operating the company and informing the board, with or without board membership, a solid baseline of diligence should be required. Officers and directors are each “gatekeepers” of legal and governance compliance, the former in the trenches and the latter basing its decisions on a larger, strategic landscape, but each has a distinct role to play in the corporation; there is no reason to equate officers and directors in terms of liability for duty of care violations, as each has a different role with the far greater role in detail and execution left assigned to officers. One who takes on the dual role of officer and director, a double fiduciary duty, must be held to an even higher standard. Actions as an officer may be different from those required of directors, and liability should attach to the person’s specific role and conduct; if the standard for holding officers accountable is removed, a key pillar of stockholder protection is lost.

First, the amendments decrease the stockholder consent requirement for converting a corporation into another form of entity. Currently, mergers and other transactions that can reach the same result as a conversion require only majority approval; however, a conversion of a corporation to another entity (e.g., to an LLC or LP) requires unanimity. The new provisions harmonize these transactions, lowering the conversion unanimity requirement to one of majority approval.

“Fair value” is a measure of the value of the company, by whatever means and using such factors as the court deems appropriate, multiplied by the stockholder’s percentage of stock; “fair value,” in contrast with “fair market value,” does not include any discount to the stockholder’s interest in the company if it were sold in isolation, such as a minority discount, a lack of control discount, and/or an illiquidity discount. The Court of Chancery summarized the analysis concisely: “The valuation should reflect the ‘operative reality’ of the company as of the time of the [transaction], but it should not consider a minority discount or any synergies or value arising from the [merger or other transaction].”[2] Fair value does not mean the highest value possible; as the court stated: “[i]n the end, the trial judge must determine fair value, and fair value is just that, fair… [i]t does not mean the highest possible price that a company might have sold for.”[3] In some contexts, fair value may be high or lower than the value to be provided to the stockholder in the relevant transaction, such as a merger, and the stockholder and the company are bound by the appraised value.

A stockholder in a public company may not have appraisal rights (when it might otherwise) if the stockholder’s stock is traded on an exchange, as the operation of the arm’s-length market is deemed the best evidence of fair value, assuming no inside information or manipulation has made its market price unreliable. This is referred to as the “market out” exception.

Jurisdiction for Conversion Resulting in Changing to Non-Delaware Entity

When a Delaware corporation converts to another entity and, at the same time, switches its domicile to a jurisdiction other than Delaware, the Certificate of Conversion must provide that Delaware shall retain jurisdiction over disputes arising from the conversion or appraisal.

Domestications and Pre-Planning for Post-Effective Approvals

Domestication is the process by which an entity domiciled outside the U.S. becomes a Delaware entity.[4] The amendment to the DGCL (and similar amendments to other Delaware business entities’ laws) streamlines the process and removes ambiguities.

Allowing Domesticating Companies to Create and Approve a Plan of Domestication

Board Delegation of the Issuance of Restricted Stock, Stock Units, and Options

This affords officers a great deal of discretion, depending upon the leeway granted by the board. Notably, a person that receives the delegated authority described above cannot issue him or herself stock, stock units, or options.