There are no owners or shareholders in a non-profit company. A benefit corporation, however, does have shareholders who own the company.

A traditional non-profit (or not-for-profit) company aims to serve a public benefit without making a profit, as defined by the IRS. If a non-profit company decides to stop doing business and dissolve, it must distribute its assets among other non-profits.

The non-profit company isn’t really owned by anyone because there aren’t any shareholders.

The shareholders of a benefit corporation actually own the company as well as its assets.

In a benefit corporation, however, profit is the point—as is returning money to the shareholders.

However, a benefit corporation also possesses a greater specific purpose and a desire for the corporation to help make the world a better place.

Many C corporations and S corporations already commit some of their profits to charitable events and endeavors, without the legal distinction of being a benefit corporation.

The difference is that these generous companies contribute charitable donations voluntarily, and their financial commitment can change from year to year, whereas with a benefit corporation, the company is committed to dedicating resources, funds or both toward its chosen public benefit, and shareholders cannot extinguish or water-down the commitment from year to year.

Creating a non-profit corporation is a two-step process. First, the organization should form a Delaware Non-Stock company.

When preparing your Certificate of Incorporation, you must create a mission statement acceptable to the IRS. It should state the altruistic purpose to which the corporation is dedicated.

For example, a non-profit can pledge to benefit one specific group of people; fund research for a particular disease; build a public dog park; or support a religious, charitable, scientific, public safety, artistic, literary or educational institution or mission. 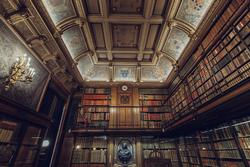 The second step to forming a non-profit corporation is to submit the proper application to the IRS—within 15 months of entity formation—to request non-profit status. This is accomplished by submitting IRS Form 1023.

In order to qualify for non-profit status with the IRS, your Delaware Certificate of Incorporation must include a proper and appropriate mission statement that declares your mission and identifies the IRS subsection under which you intend to apply.

A non-profit company must devote all its resources to the fulfillment of its mission.

The Certificate of Incorporation of a Delaware Public Benefit Corporation must clearly state that the entity is a public benefit corporation, and it must also list the company’s benevolent objectives.

However, unlike the non-profit company, the PBC may be first and foremost engaged in a profitable enterprise of a very different nature from its mission, such as making food products, engaging in real estate investments or any other for-profit enterprise.

For example, when the crowdfunding platform Kickstarter converted to a Public Benefit Corporation, it released this statement on its website:

“When we became a Benefit Corporation, we amended our corporate charter to lay out specific goals and commitments to arts and culture, making our values core to our operations, fighting inequality, and helping creative projects come to life.”

If approved by the IRS as a 501c company, the individual donors may deduct their contributions from their ordinary income on their federal tax returns, but they cannot profit from or receive anything of value for their contributions.

Delaware public benefit corporations can raise money by selling stock privately or publically, and by issuing any kind of debt instrument available to General Corporations.

Investors in Delaware PBCs can receive stock and make a return on their investments through dividends as well as through equity appreciation.

Non-profit companies are not required to report progress to their members but they often do so in order to raise money from donors and members.

Delaware Public Benefit Corporations are obligated to complete a biennial report to shareholders, which outlines the corporation’s progress toward its public benefit purpose.

However, they are not compelled to share the required biennial report publicly. Not every state offers a Benefit Company, and none are as private as Delaware’s (in this respect).

A non-profit company is tax exempt under Federal Income Tax Law. Since it has no profit, it pays no taxes. It is required to file a tax form each year (IRS Form 990), which is public record and includes information about the company’s finances and Board of Directors.

By contrast, a benefit corporation pays taxes on its profits, like any other U.S. corporation. It files and pays taxes to the IRS each year using Form 1120. The company’s previously filed tax returns are protected under federal privacy laws.

A non-profit company pays only $25 annually in Delaware, and files an annual report; this report is an informational form that lists the names and addresses of the Board of Directors and officers but does not include any financial information.

A Delaware PBC is a Delaware corporation, which means it must pay annual Franchise Tax to the state of Delaware based on the number of shares it issues.

They are managed by a Board of Directors, sometimes called a Board of Trustees. The Board may elect its own successors (called a perpetual Board) or they may be elected by the members, depending on the structure outlined in the corporate bylaws.

There can be different classes of members in a non-profit corporation, including voting and non-voting members.

The types of members, as well as the qualifications for membership, are also defined in the corporation’s bylaws. Members and Directors are not shareholders, and thus do not have any interest in the company’s assets or income.

They have three tiers of power: the shareholders, the directors and the officers. The shareholders own the company and are the investors.

They elect the members of the Board of Directors at an annual meeting, and the directors are then responsible for the policy and direction of the company as well as for hiring the officers.

Some examples of successful non-profit corporations are:

Does the benefit corporation also have bylaws that they maintain or have to file with the state? Thank you for the insightful article as well.

Hi Joanne, Thank you for reading our blog! Bylaws are held interally by the entity they are affiliated with. They do not have to be listed or filed with the Delaware Division of Corporations.

Generally, all corporations are required to have a corporate ending, but in certain cases may be able to use your name without the ending (or by registering a "Doing Business As" name. Here are a couple resources for more information:

How does an LLC change to a PBC and how does a PBC get shareholders? We have 2 members in the LLC currently, known as a partnership.

To change from an LLC to a Public Benefit Corporation, you would need to file both a Certificate of Conversion and a Certificate of Incorporation that lists the PBC’s “purpose.” Once formed, the PBC can acquire shareholders through sales of stock, just as a General Corporation would. Please contact us at info@delawareinc.com if you have additional questions.

This is a great summary. Thank you! Related, based on some earlier research I conducted, I thought PBCs also offered some additional protections to Board Members and Officers from shareholder lawsuits in the event of a dispute arising between pursuit maximizing profit vs public benefit. Is this true?

We are not attorneys, and so we cannot provide you with legal advice.  However, as a general matter, in a section of the Delaware General Corporation Law (the “DGCL”) specifically dealing with PBCs (§365), there are special protections for board members arising from a PBC’s directors’ balancing of interests and duties among shareholders and other groups the director is permitted to consider in his or her decision making.  These protections relate to the balancing of interests, permitted in a PBC but not in an ordinary corporation.

Secondly, in balancing the considerations of shareholders and other constituencies, §365(b) states that a director will be deemed to satisfy his or her fiduciary duties “if such director’s decision is both informed and disinterested and not such that no person of ordinary, sound judgment would approve.”  Therefore, so long as the director is “informed” on the decision at hand and has no personal or financial interest in the decision, the director will have satisfied his or her fiduciary duties, unless the decision made by the director was so obviously incorrect that a reasonable person would not approve of it.

Lastly, a corporation (generally and also including a PBC) is able to waive a director’s personal liability for a breach of the fiduciary duty of care, but not for breaches of the duty of loyalty or for actions not in good faith.  Under the PBC sections of the DGCL (specifically §365(c)) a corporation may provide that a disinterested failure to meet the standard quoted above with respect to balancing of obligations (informed and disinterested , etc.) will not be deemed a breach of loyalty or an action taken not in good faith.  This allows a PBC to effectively waive all personal liability for directors’ fiduciary breaches in the context of balancing shareholders’ interests with those of other persons or groups, which is effectively the essence of PBCs.

This is great information