Honest Services Fraud – Violating a Duty through Bribes or Kickbacks 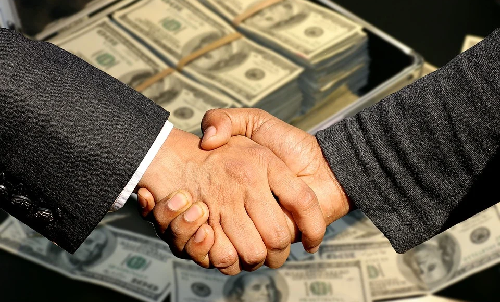 This broad wording would appear to criminalize an overly-broad, wide range of conduct with no limiting principle. In a dissenting opinion, Justice Antonin Scalia stated that it could logically extend to a salaried employee’s dishonesty in calling out sick to attend a baseball game.[2]

After years of ambiguity and differing requirements in the statute’s application,[3] the Supreme Court eventually provided some defining parameters in U.S. v. Skilling.[4] Skilling stated the modern elements of the crime, requiring that a person receive a bribe or kickback as a quid pro quo for taking or refraining from taking improper action in a professional, elected, or other position of trust with respect to another.[5]

For all the clarity Skilling provided, the case left a number of questions unanswered.  The recent college admissions scandal provides an excellent example of where honest services fraud was appropriately charged, and introduces the outstanding questions with which prosecutors and those charged with the crime must contend.

In that scandal, wealthy parents paid bribes to intermediaries or various universities’ staff to ensure their child was admitted to the elite college of the parents’ and/or children’s choice.  The scandal involved a number of students and colleges.  One defendant in a scandal-related case, the then-Yale University women’s soccer coach (the “Coach”) accepted significant bribes for falsely naming certain female applicants as talented athletic recruits for the Yale University women’s soccer team and personally advocating for their admission as such (the “Yale Scandal”).  Often, the young women had virtually no experience in the sport and/or no experience playing competitively, in stark contrast to their myriad fabricated athletic achievements providing the basis for their admission.

The Coach was charged with honest services fraud, among other things.  As its employee, the Coach owed the University a duty of honest services, albeit an implied duty.  The Coach breached this duty in accepting bribes in exchange for significantly increasing the female University applicants’ chances of admission by exploiting admissions criteria.

Nature of the Relationship Creating a Duty of Honest Services

In the Yale Scandal, the Coach breached the duty of honest services owed to his employer, a commonly recognized source of an honest services duty.  Some courts refer to the predicate duty as a “fiduciary duty.”  Beyond doubt, a fiduciary duty, the highest duty of trust and confidence under state or federal law, is sufficient to serve as the basis for honest services fraud.

Fiduciary relationships under federal, state, and common law include a director’s duty to the corporation he or she serves, a trustee’s obligation to a trust and its beneficiaries, an investment adviser-client relationship, as well as a broker-dealer-customer relationship.  Similar strong, long-recognized duties are also sufficient, including the duty of an attorney to a client or a doctor or psychiatrist to his or her patients.[6]

A sufficient duty, however, is not limited to fiduciaries, as many of the traditional duties that can give rise to liability, including the employee-employer relationship in the Yale Scandal, do not implicate “fiduciary duties.” In certain cases, the nature of a duty is somewhat amorphous although clearly central to the relationship and rightly expected, such as in the case of a federal, state, or local official’s duty to the public and his or her office.

Federal courts have split in considering whether “informal” relationships can give rise to an honest services duty.  Some courts have speculated that the requisite duty may exist in any relationships where “one party acts for the benefit of another and induces the trusting party to relax the care and vigilance which it would ordinarily exercise[.]”[7] However, not all courts have gone so far in relaxing the requisite relationship for purposes of criminal liability.

Courts have also grappled with the nature of the benefit that motivates a dishonest actor.  Prior to the Supreme Court’s decision in U.S. v. Skilling, courts often held that any anticipated benefit leading an actor to violate a duty to provide honest services is sufficient.  In providing parameters to the statute, however, the Supreme Court held, and lower courts have since required, that the actor must be motivated by a financial motive, either a bribe or kickback.

Thus, deceptive conduct undertaken as a favor to a friend in violation of a duty to provide honest services, for instance, would not constitute honest services fraud.  Similarly, violating a duty of honest services in exchange for an amorphous expectation of future benefit from the giver is insufficient; some element or item of value must be exchanged in a quid pro quo.  In the Yale Scandal, the pecuniary gain was clear as the Coach was given hundreds of thousands of dollars for his misconduct by an intermediary working with the wealthy parents of the applicant.

The basis for such a financial motive requirement is unclear, as the employer, the public, or other party owed a duty is deprived of the honest services it is due regardless of the malefactor’s motive. Whether it is a bribe or an expectation of some inchoate future favor, the loss of honest services suffered by the source of the duty is unchanged.  However, the Supreme Court determined to interpret the statute so that it was not unconstitutionally overbroad, as it always seeks to do, and drew a clear, albeit seemingly artificial, distinction between honest services fraud motivated by bribes or kickbacks and that stemming from other motives.[8]

A charge of honest services fraud does not require that the source of the duty (e.g., employer, corporation, or, in the Yale Scandal, the University) suffer specific pecuniary harm. Instead, the harm can have a more theoretical basis, including loss of tangible or intangible goods or rights.

The honest services fraud statute requires some knowing intent to deceive.[9]  In the odd situation where the recipient of a bribe acts without knowledge of the anticipated quid pro quo, he or she could claim there was, under the circumstances, insufficient knowledge of wrongdoing to constitute honest services fraud. Generally, however, in the presence of a bribe or kickback for a desired result, intent is clear, or can be implied by circumstantial evidence, even where the fraudulent action is unsuccessful.[10]

Circumstantial evidence such as attempts to conceal the motive for conduct or to confuse the trail of funds constituting a bribe is strong evidence of intent to deceive and knowledge of the wrongfulness of one’s conduct.  Further, a person arguing that he or she was not acting with the requisite intent cannot escape criminal liability through professed ignorance of the law, nor can he or she seek exculpation through a good faith belief no one would suffer financial or other harm as a result of the misconduct.[11]

In the Yale Scandal, the required intent was very clear.  The Coach not only hid the bribes, but he fabricated or knowingly used fabricated evidence.  Emails, texts, and recorded phone calls further showed that he clearly understood the deceptive nature of the plan and the need to conceal his actions and motives.

[3]  The Federal Circuit Courts were fractured on the elements and requirements of honest services fraud, with each requiring different elements and facts. Federal prosecutors, as they are wont to do, exploited the ambiguous wording to criminalize a swath of conduct arguably well beyond what Congress intended and beyond what concepts of federalism would support.

[6]  Bribery, Kickbacks, and Self-Dealing: An Overview of Honest Services Fraud and Issues for Congress, Congressional Research Service (May 19, 2020), available at https://fas.org/sgp/crs/misc/R45479.pdf (the “CRS Report”).