How Exchange Rates Affect Your Business 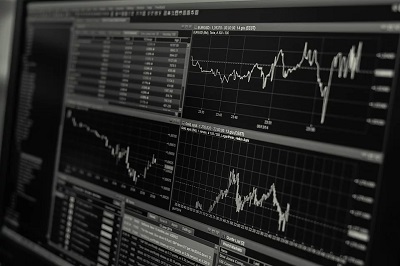 As the world becomes increasingly interconnected through the forces of globalization and the march of technology, the role of the small business owner has changed dramatically.

Once upon a time, most small businesses were essentially local businesses, producing goods and services for, and acquiring supplies from, a network of customers and vendors that were located close to home, usually in the same city or state, and always in the same country.

While globalization has provided entrepreneurs with a host of benefits, including an expanded marketplace into which to sell their products and the opportunity to comparison shop for goods from around the world, it has also presented a host of new challenges. If your business is attempting to sell to a global customer base, you are no doubt familiar with the trials of understanding the idiosyncrasies of different markets and cultures­, in addition to the sometimes-daunting task of attempting to communicate in a foreign language.

With all of these things to worry about in today’s global environment for small-business owners, many may not have had the time to fully understand how foreign currency exchange rates, which are a truly global phenomenon touching all international transactions, affect your business. Let’s take a look at how the foreign exchange markets work, their effects on business owners, and some strategies for coping with fluctuations in the exchange rates that affect your business.

What Are Exchange Rates?

The level of the exchange rate between any two currencies is determined by a host of factors including the pace of economic activity, the level of market interest rates, the gross domestic product, and the unemployment rate in each of the countries in question. Exchange rates are set in the global financial marketplace, where banks and other financial institutions trade currencies around the clock based upon their views on the above-mentioned factors as well as their own financing needs and investing strategies.

Because of the twenty-four hour global nature of currency markets, exchange rates are constantly shifting from day to day and even from minute to minute, sometimes in small increments and sometimes quite dramatically.

For entrepreneurs, changes in exchange rates affect their businesses in two main ways: by changing the cost of supplies that are purchased from a different country, and by changing the attractiveness of their products to overseas customers.

How Exchange Rates Can Affect Your Business

We’ll begin by looking at things from the point of view of a business owner who is dependent upon an overseas supplier for some or all of his raw materials or services.

In our example we’ll assume that the business owner is located in the U.S. and has a company that makes wool sweaters. He has determined that he prefers to buy wool from a provider in New Zealand, where the sheep are plentiful and the quality is excellent, and has agreed upon a price per pound of wool in U.S. Dollars that is profitable for his business. Things are moving along smoothly for a while, but a few months later when he goes to place his next order, he discovers that his supplier is charging 10% more for the same amount of wool. What happened?

While there could be a number of reasons for the price increase, in our example we’re going to assume that is was entirely driven by a change in the exchange rate between the U.S. dollar and the New Zealand dollar (affectionately dubbed the “kiwi” by currency traders). Specifically what has happened is that the U.S. dollar has lost 10% of its value versus the Kiwi. And while our sweater-maker has always paid for his purchases in U.S. dollars, what he may not have realized is that those dollars aren’t much good to someone living in New Zealand. Therefore his supplier must convert those U.S. dollars into New Zealand dollars, and because of the fall in the value of the U.S. dollar the supplier now needs 10% more U.S. dollars per pound of wool in order to maintain his same level of profitability.

So, how is a small business owner supposed to manage the effects that currency rates can have on both his purchases and sales? The most important thing to do is to stay informed of the level and direction of the exchange rates that matter to your business (i.e. those of the countries that you buy from or sell to).

If you find that a weaker U.S. dollar is driving up the price that you have to pay to foreign suppliers, you may want to look for alternative suppliers either at home or in countries with a more favorable exchange rate. And if the U.S. dollar is getting stronger but your foreign suppliers are not adjusting their prices downward, it may be time for you to renegotiate your contracts with the knowledge that your dollars are now worth more than they used to be.

As for the sales side of the equation, it may pay to ramp up your marketing efforts in countries whose currencies have appreciated versus the U.S. dollar, as your products are effectively on sale there without you having to drop the price.

Finally, there is the option to hedge the risk of your exposure to fluctuations in foreign currency via the financial markets, but this is something you would need to discuss with a reputable financial professional with expertise in the field.

Next: Investing In Your Company vs. Stock Market