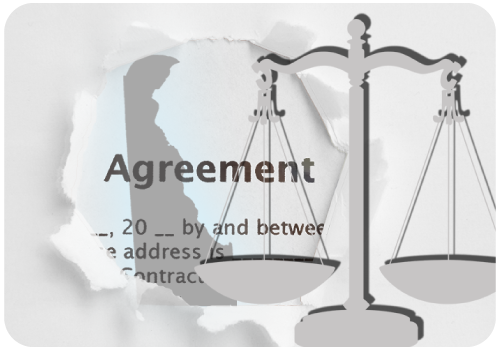 On June 10, 2021, the Delaware Legislature passed a number of amendments to the Acts governing corporations, LLCs, and limited partnerships, making similar changes across the respective Acts.[1]  The amendments are expected to be effective as of August 1, 2021.[2]  Generally, the amendments reflect the Legislature’s reaction to relatively recent Delaware Court of Chancery decisions, and are intended to clarify a point the Court found ambiguous and/or to overrule a decision that conflicts with the Legislature’s intent for the Acts, foreclosing use of the decision as precedent.  This article focuses on three changes specifically pertaining to LLCs, and briefly discusses the effect the amendments will have on drafting LLC operating agreements, as well as in day-to-day dealings with LLC members and third-parties.

In summary, and as set forth in greater detail below:

One portion of the amendments provides that an LLC manager or member facing a conflict of interest in approving or effecting a given act or transaction may delegate review and approval authority to one or more independent, unconflicted persons, without the conflict of the delegator being imputed per se to the delegate(s).

This amendment is entirely in accordance with conflict-cleansing measures under Delaware corporate law, where a conflicted party’s creation of, and delegation of authority to, an independent, unconflicted decision-making body can cleanse an otherwise problematic decision.[3] [4] Often, in the corporate context, these independent decision makers are structured as sub-committees of a corporation’s full board.  The amendment was made in response to a 2019 Court of Chancery case that held to the contrary, incorrectly framing the delegation as that of a principal to an agent, and in that conception the agent is bound to carry out the instructions of the principal.[5]

In drafting LLC agreement provisions regarding cleansing conflicts, it would be prudent to include a statement tracking the language of the amendment, or incorporating the amendment by reference. Although the new provision is part of the default rules governing LLCs, unless the LLC agreement provides to the contrary, it is not only a legal principle but also a point of disclosure to members.

The amendment reverses this conclusion by adding a provision to the LLC Act explicitly allowing void or voidable acts, whether void as ultra vires (beyond the power afforded a person) or voidable in violating the relevant LLC agreement, to be later ratified or the violation of the LLC agreement to be waived.  A ratification or waiver can be obtained by the vote or written consent of such members as would be required to amend the LLC agreement to permit the void or voidable act or transaction.  Upon such ratification or waiver, the relevant act or transaction would be deemed authorized at the time it was taken or effected.

After any such vote is taken or consent is obtained, members must be given notice of the ratification of an act or transaction or waiver of a provision of the LLC Agreement, regardless of whether such members participated in the vote or consent.

Access to information as an equity holder in a corporation or LLC is a topic of critical importance and has been the subject of an immense body of judicial decisions and legal articles.  In the corporate context, the Court of Chancery has issued myriad decisions covering a wide range of circumstances where a shareholder has sought information from a corporation, nominally making the request as a shareholder but in reality using such right as pre-litigation discovery, unfettered by the ordinary rules that apply in pre-litigation.

A solid line of Court of Chancery precedent requires that requests for information by a member be made for a “proper purpose” relating to the member’s status as such.  The amendment adds to the “proper purpose” requirement as a default rule under the LLC Act, such that a member only has a right to such information as is “necessary and essential” in achieving the member’s stated proper purpose.  Even though an LLC can vary information disclosure terms, the addition of this requirement to the default provisions is a welcome change, as the default provisions set the baseline expectations of management and prospective members, and dictate the acceptable degree of “play” members will bear in an LLC agreement that varies from the default information access provisions.

The amendments discussed in this article may, upon a first read, seem like minutia, but these nuts and bolts default terms can quickly become critically important when an issue arises.  Understanding the default LLC terms, as well as the clear evidence of Legislative intent these sorts of amendments provide, is imperative in drafting a fulsome LLC agreement and defending the language and spirit of its provisions. These provisions are also important in understanding how to properly draft terms that amend the default terms in specific ways. Given that an LLC is a creature of contract, governed by its LLC agreement, full knowledge of the default terms, the basic rules of the game, is critical regardless of whether one is incorporating the provisions as written or modifying or supplanting such terms.

[2]           Information on the amendments is available through the Delaware Legislature’s Bill Detail, providing a synopsis and a roll call showing the Representatives and Senators that voted for and against the amendments.  The Bill Detail is available here: https://legis.delaware.gov/BillDetail?LegislationId=58603.

[4]           Of course, cleansing through delegation involves many other considerations than that settled by the amendment, including whether the independent decision makers are truly independent, the scope of the authority given to the unconflicted body, the stage of the transaction in which the body is created and given authority, and the accuracy and fulsomeness of information provided to the independent body.

[5]           The Court of Chancery decision came in Wenske v. Bluebell Creameries, Inc., 214 A.3d 958 (Del. Ch. 2019).  In that case, the Court held that a conflicted general partner could not delegate decision-making authority over the conflicted decision or transaction without the general partner’s conflict being imputed to the delegate.  As noted above, the Court improperly analogized because, in so delegating, the general partner becomes the principal and the independent persons become its agents.