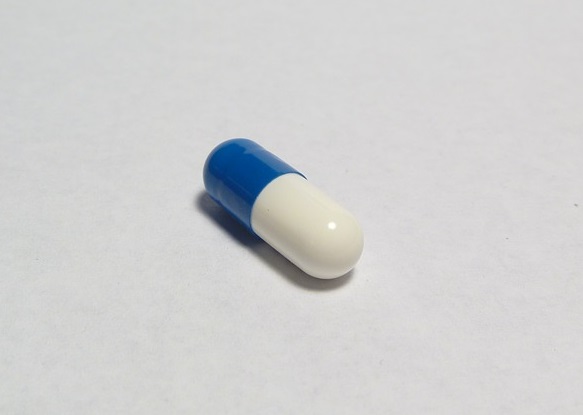 The year is 1982... Michael Jackson released his Thriller album and Tommy Tutone had teenagers pining for “Jenny” (867-5309). With less public fanfare, attorney Martin Lipton created the “poison pill,” which has been described as “one of the most innovative pieces of corporate lawyering of the past 30 years” and a “game changer” in defending against hostile takeovers.1

Hostile takeovers, a prominent feature of public company mergers and acquisitions activity in the 1980’s, are again top of mind for public company boards of directors. Since March 2020, over fifty public companies have adopted poison pills (also referred to as a “rights plan”) as a precautionary measure after sharp declines in the price of most public companies’ shares, resulting from government restrictions on staffing, shipping, manufacturing and consumer activity, among other things, taken to prevent the spread of the coronavirus. Many public company boards fear such a drop in their stock price could make them attractive targets for potential purchasers (e.g., financial buyers or strategic acquirers2) to launch hostile tender offers, making an end run around the target company’s management and appealing directly to shareholders. A poison pill either dissuades an acquirer from a takeover or forces them to engage the board of the target company in negotiations.

As described in this article, the poison pill is one of the most widely-used and popular protective measures used by target company management to combat hostile takeovers3. When a poison pill is triggered, it causes the target to issue a large amount of stock to the public at below-market prices, diluting the position of the potential acquirer and making a successful hostile takeover more expensive and time-consuming.

In many ways “hostile takeover” is a misnomer. It is hostile only from the perspective of entrenched management and certain large shareholders who are responsible for, or are satisfied with, the status quo. In a takeover, the target company’s board has no statutory role in the acquisition; such a takeover offer is made directly to shareholders, and does not require the consent or participation of the target board. The poison pill and other defensive takeover measures give the target’s management the ability to fight the takeover, where its success would otherwise depend solely on shareholders.

A hostile takeover is a stock purchase offer made directly to the shareholders (referred to as a “tender offer”) in which the potential acquirer announces it will purchase any and all outstanding shares of the target company’s stock for a premium, often a significant premium, over market price. The payment for target stock can be in cash, in stock of the acquiring company, or in part in cash and part in stock. A hostile takeover is a highly regulated transaction, with copious information filed with the SEC for review and provided to shareholders to inform their decision to sell or refrain from selling shares to the acquirer.

If an acquirer is able to purchase sufficient shares in the open market, it can force a squeeze-out transaction to force the remaining shareholders to sell their shares to the acquirer for the premium price. Regardless of success or failure, more than half of takeovers (even friendly takeovers) lead to shareholder lawsuits against the board of the surviving target company (in the case of a failed offer) or against the new owner (in the case of a successful offer).

The Poison Pill and Its Effects

A company’s board can adopt a poison pill either as a preventative measure before it becomes aware of an acquirer (referred to as a “clear-day” pill) or after a potential acquirer begins amassing shares. Under Delaware law and many governing documents, a company’s board can authorize and issue share purchase rights to certain existing shareholders without a shareholder vote. In the case of a poison pill, the rights are given to all stockholders except the potential acquirer. The right is triggered upon events set forth in those governing documents. In recent years, pills are triggered when a potential acquirer obtains, or announces its intent to purchase, a ten percent (10%) to twenty percent (20%) share position in a public company4.

When triggered, the stock purchase right allows existing shareholders to buy shares of common stock at a discount to market price. As a result, the company has more shares outstanding which, after the announcement of a potential takeover, become more expensive as investors build in the potential for a takeover premium into the price. Overall, the prospect of a hostile takeover becomes more expensive as there are more shares to purchase, and the shares are at an inflated value in preparation for the potential premium. In order to go forward, acquirers would generally need to approach management to transform a hostile takeover into a friendly one, or to at least settle on terms the target board finds (or cannot refuse in the exercise of fiduciary duties, which become particularly scrutinized in the context of a takeover, merger, or other sale of the business.

Features to Consider in Designing or Reviewing a Pill

There are a number of features that a board must take into account in designing a poison pill to meet a perceived threat while satisfying the directors’ fiduciary duties and also avoiding angering institutional and assertive shareholders, such as pension plans and others, which favor maximum shareholder governance and disfavor steps intended only to keep entrenched directors and management in place5.

Prior to COVID, there were a few large hostile takeovers in process. Most of these were terminated after the effects of COVID became clear to allow the potential acquirers time to survey the new market conditions. It may be, however, that acquirers with significant readily available cash (such as private funds and certain large companies) will take advantage of low stock prices to make financial investments or strategic acquisitions. If that is the case, the poison pill and other takeover defenses could again be top of mind for public company boards

2  A private equity firm is referred to as a financial buyer, as it makes its offer as an investment to take the company private and revitalize its business before bringing it public again (or selling it to another buyer) or to break up the company and sell its assets and divisions.  A company which acquires the target to operate it or integrate it for strategic, business reasons (e.g., to augment its business, enter into new lines of business, or expand its geographic footprint) is referred to as a “strategic buyer.”

“Poison pills are among the most potent tools available to public company boards to defend against hostile threats. A shareholder rights plan can fortify a company against abusive tactics by creating powerful economic incentives to engage with a board rather than proceed on a hostile basis.”

5  The proxy advisory group Institutional Shareholder Services (or “ISS”) is commonly employed or its recommendations followed by large, institutional shareholders in order to guide the shareholders’ response to different management actions.  ISS has, for many years, disfavored poison pills.  In an ISS Policy Guidance release issued on April 8, 2020, specifically addressing poison pills in light of COVID, ISS stated that they will continue assessing poison pills on a case-by-case basis, “which includes examining whether directors appear to have sought to appropriately protect shareholders from abusive bidders without inappropriately entrenching the existing board and management team.”  ISS Global Policy Board, Impacts of the COVID-19 Pandemic at *6 (April 8, 2020) (the “ISS Release”).

9  Glass Lewis, another adviser to large institutional investors whose policy recommendations are often followed by other investors seeking guidance, stated that it considered poison pills in light of COVID-19 and its economic and business disruption to be “reasonable”, provided that “[t]he duration of the pill is limited to one year or less[,] and the company discloses a sound rational for adoption of the pill[.]”  Glass Lewis noted, however, that it “remains generally skeptical of [poison pills][.]”  Poison Pills and Coronavirus: Understanding Glass Lewis’ Contextual Policy Approach (April 8, 2020), available at: www.glasslewis.com/poison-pills-and-coronavirus-understanding-glass-lewis-contextual-policy-approach/ (last visited June 9, 2020).