Which Companies Are Physically Based in Delaware? 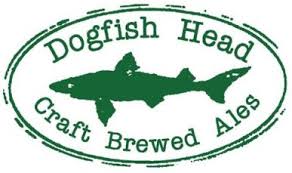 When you count all the companies that are incorporated in Delaware, the state is home to about 1.5 million different business entities. In 2019 alone, there were more than 225,000 new Delaware entities formed.

A vast majority of these companies choose Delaware as their corporate home even though their business is headquartered and operating elsewhere. We cover the various reasons why Delaware is the most popular choice for incorporation elsewhere on this site, but here we’ll take a look at some of the noteworthy and well-known companies with their base of operations within Delaware’s state borders.

For most people, one of two Delaware-based companies is likely to come to mind first:

The DuPont company was created way back in 1802 in Wilmington, Delaware and is still a thriving Fortune 500 chemical company located in the state. In recent years, DuPont has gone through a merger with Dow Chemical and then a subsequent spinoff into three separate companies, one of which retains the name DuPont.

The story of DuPont is integral to the history of Delaware’s corporate law regulation. In the early 1900s, Delaware sought to make its corporate law structure competitive with that of New Jersey, where DuPont was registered. This led to a domino effect of companies moving to (and starting in) Delaware.

Those more attuned to the craft beer industry may be quick to identify Dogfish Head as a Delaware staple. Though much smaller than DuPont in terms of capital and workforce, the Milton, Delaware-based brewery has followers across the U.S. with its nationwide beer distribution.

In addition to these two, there are a number of other well-established companies headquartered in Delaware to be aware of:

What about the Other Banks? Aren’t They in Delaware?

While Delaware does have a number of other local banks based in and operating in the state, the major names that you might associate with banking – JP Morgan Chase, Capital One, Wells Fargo – do not have their headquarters in Delaware. Companies like these incorporate in Delaware to take advantage of the favorable corporate law structure and Court of Chancery. Like any company formed in Delaware and based elsewhere, they maintain a Delaware Registered Agent in order to comply with state business regulations.

Next: Why Do Companies Choose Delaware?