Requirements for a Company Seal

What Are Your Company Seal Requirements? 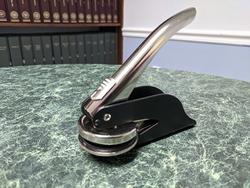 What Are Your Company Seal Requirements?

The company seal, sometimes called a corporate seal, is a tool used to stamp or emboss your company's important documents in order to show the document is certified by, and agreed upon by, the Board of Directors of the company.

The company seal contains the company’s name, its year of incorporation and the state in which the company was filed. Think of the corporate seal as the official signature of your company.

Some of the documents you might want to use a company seal on include:

Any company may adopt a company seal, change it as it sees fit and use it as needed by affixing, impressing or reproducing it onto documents. This decision is usually made in the organizational meeting called by the initial director of the company; this meeting is normally held as soon as possible after the company is incorporated.

Once this meeting is held and the proper documents are signed, sealed and placed in the minutes book, the corporation or LLC possesses the authority to conduct the day-to-day operations of the business.

Be sure the stock certificates are properly stamped and signed by the president, as this can make it harder for someone to claim ownership with fraudulent certificates, which does happen from time to time.

How to Get a Corporate Seal 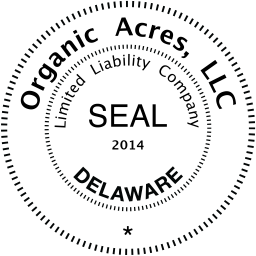 How to Get a Corporate Seal

Do you need a company seal?  It’s not legally required, but many companies have chosen to adopt and use a company seal. Harvard Business Services, Inc. offers a free digital seal to all new Delaware corporations and LLCs we form on behalf of our clients. For more information on obtaining a physical company seal, or to order additional seals for you company, contact Harvard Business Services, Inc. via phone (800-345-2677) or live chat.

Next: Is a Corporate Kit Necessary?

There are 24 comments left for Requirements for a Company Seal

Shalom, You are my company registered Agent. I want to ask if we can at the same time use the Company Stamp and the Company Seal? In case, we can use both, the stamp and seal, How do we use them together?

We are not sure what you mean by "company stamp." Can you re-phrase your question and we'll do our best to answer it?

I have a question, if a company want's to create a company seal should they pass a resolution first? is this a legal requirement or good practice?

Typically, the corporate seal is accepted and adopted by the company internally via corporate resolution. Thanks for reading our blog.

I recently received my stock certificate for 4000 shares of common stock. The last sentence on the certificate says, "Witness, the seal of the Corporation and the signatures of its duly authorized officers." The certificate is signed by the Secretary and the President. It is not sealed. Should it be?

Yes, it should. If you incorprated with us via our standard formation package, you would have received an actual (physical) corporate seal. You can use that seal on your stock certificates. If we are your Registered Agent, you can call (1-800-345-2677) or email us (info@delawareinc.com) to request your digital seal--all we need is your company name.

I was always told that when you use a Corporate seal it should be accompanied by a signature from one of the officers in the company. Is that true?

There is no requirement to sign as well as seal a document, but certainly no prohibition against using both. Thanks for reading our blog,

Our company was originally incorporate in Delaware in 1989. In 2012, we re-incorporated in California same entity name. Our Corporate Seal stamp says "California 1989" - our original incorporation date, but our current state of incorporation. Is this correct?