California Mandates Board Diversity for Many Public Companies 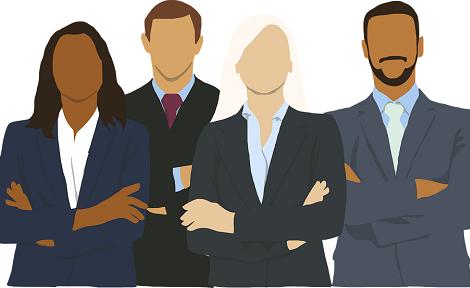 In September 2018 and September 2020, the State of California adopted laws imposing board diversity mandates on Subject Companies (as defined below), including public companies formed in Delaware but have their “principal executive office” in California. These laws require that women and members of “underrepresented communities” constitute a certain percentage of a Subject Company’s boards of directors, depending upon the size of the Subject Company’s board.
The gender-based requirement (the “Gender Requirement”) is in the process of being phased in, with full gender-compliance mandated by December 31, 2021; all Subject Companies should, by now, have at least one woman on their respective board of directors as discussed below.  The underrepresented community requirement (the “Representation Requirement”), which is also being phased-in over approximately two years, requires all Subject Companies have at least one board member qualifying under the law by December 31, 2021, and full compliance, discussed below, must be achieved by December 31, 2022.
In this article, we seek to describe the key aspects of the laws, including:

Subject Companies to which the laws apply

In order to qualify as a “Subject Company,” a corporation:
The California Partners Project, a nonprofit which champions the greater representation of women on corporate boards (among other things), determined in its 2020 progress report on the Gender Requirement (the “CPP Progress Report”) that 650 companies qualified as Subject Companies at the time the Gender Requirement became law.3 The same criteria apply with respect to Subject Companies under the Representation Requirement, giving a scope of affected entities for both laws.

Mandated Categories of Directors under the Gender and Representation Requirements

The Gender Requirement, which passed and began to phase-in sooner than the Representation Requirement, has already had an effect.  From the law’s passage in 2018 to present, Subject Companies have increased the number of women on their boards by 66.5%.4  This increase still represents a modest portion of the total board seats of Subject Companies, with only 24% of such seats held by women.5  In 2018, however, 30% of Subject Company boards were all male, now fewer than 3% lack female representation.6

Reporting Obligations under the Requirements

Subject Companies, as well as any corporation that has its principal executive office in California, but which is traded on an exchange other than a “major U.S. stock exchange,” must file an annual Publicly-Traded Corporate Disclosure Statement reporting its board composition with the California Secretary of State. These reports are and will be used by the California Secretary of State to compile reports on the progress of and compliance with the requirements, as well as the effect of the laws on the number of companies formed in California and whether companies with offices in the State are fleeing as a result of the mandates.

Challenges to the Laws – The Internal Affairs Doctrine

Subject Companies and trade and advocacy groups have and will continue to challenge the laws on Constitutional grounds. The laws will also be challenged to the extent they purport to apply to corporations formed under Delaware law.
Under the well-settled “internal affairs doctrine,” a state may not supplant or otherwise modify the corporate law of another state (the “Formation State”) with respect to the internal, fundamentally corporate aspects of a business entity formed in the Formation State, regardless of where the business maintains its offices.8
In the future, we will present a follow-up piece specifically on the internal affairs doctrine, but the composition of the board of a corporation is undoubtedly fundamental to its corporate structure, and is given over to the discretion and will of the corporation’s shareholders.  By disenfranchising shareholders in mandating a smaller pool of director candidates and expressly stating that the requirements supersede any relevant provision of the Formation State, California likely will quickly find the mandates challenged under the doctrine in Delaware Courts.
We will keep you informed regarding developments relating to the Gender or Representation Requirement, as well as challenges to the laws by Delaware corporations.

1. Many legal practitioners and policy experts have concluded “major U.S. stock exchange” would include, potentially among others, the New York Stock Exchange (NYSE), the NASDAQ Global Market and Nasdaq Capital Market, and the NYSE American (formerly the American Stock Exchange, or AMEX).

2. The SEC has not defined “principal executive office” for purposes of the Form 10-K, and commenters postulate that otherwise-Subject Companies may seek to manipulate the lack of clarity to claim a different location for its principal executive office, removing them from the scope of the new laws. Moon, William, Delaware’s New Competition, Northwest University Law Review, Volume 114, No. 6 (2020) (“[T]he SEC has not defined the
‘principal place of business,’ and it is common for firms to abuse this shortcoming.”).

3. See Claim Your Seat: A Progress Report on Women’s Representation on California Corporate Boards, California Partners Project (2020), available at https://www.calpartnersproject.org/claimyourseat (last visited December 12, 2020).  Note that the CPP Progress Report states that it considered only public companies trading on the NYSE and NASDAQ in its pool of potential Subject Companies, taking a more narrow interpretation of the term “major US stock exchange” than described in footnote 1

7. Goodwin Proctor, a highly-respected law firm, concludes that the legislative intent and purpose of the two requirements argues strongly in favor of the possibility of dual counting of a single qualifying director.  The firm cites the legislature’s use and citation of statistics in passing and justifying the need for the laws; these statistics pointed out not only the dramatic underrepresentation of women on Subject Company boards, but also, among women, the lack of women of underrepresented communities.  This would counsel that the legislature intended a female director with the requisite membership in an underrepresented community to be considered for both purposes.  See, New California Law will require Increased Diversity in Public Boards, Goodwin Proctor Alert (Oct. 14, 2020) available at https://www.goodwinlaw.com/publications/2020/10/10_14-new-california-law-will-require (last visited December 16, 2020).
8. As recently as August of this year, the Delaware Chancery Court struck down a California law that applied to Delaware companies on the same basis as the Gender and Representation Requirement – by virtue of an office in California or a registration to business in the State.  In that case, California sought to supplant Delaware’s provision relating to shareholder inspection of records (§220 of the Delaware General Corporations Law).  The Chancery Court found that shareholder inspection rights “are a core matter of internal corporate affairs.”  If such rights are central to corporate law governing Delaware corporations, the qualifications for service as a director of a corporation are, a fortiori, central to corporate internal affairs.  Juul Labs, Inc. v. Grove, C.A. No. 2020-0005-JTL (Del. Ch. Aug. 13, 2020).