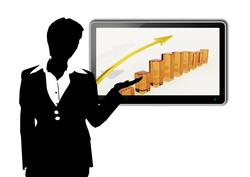 As champions of start-up companies, we are always looking for ways to help entrepreneurs, especially those who are underrepresented. We are pleased to share the following guide, our first (but not last) Business Resources for Minority Entrepreneurs. We also invite you to review our resource guide for female entrepreneurs and entrepreneurship guide for immigrants and refugees.

The Minority Chamber of Commerce, Inc. is a non-profit organization in Florida whose “core mission includes business education, networking and facilitating trade and investment worldwide.” The main goal of MCC is to progress the “commercial, financial, industrial, educational, preservation and civic interest” of minorities in business.

BusinessUSA is a joint effort between 28 federal agencies to assist minority business owners in navigating the massive amount of online information that may be of help to them.

The Intel Capital Diversity Fund, which was launched in June of 2015, is a $125 million venture fund specifically aimed at investing in women and minorities.

J.P. Morgan Chase & Co. and the W.K. Kellogg Foundation joined forces to offer $6.5 million in lending funds to both minority-owned businesses and companies in Detroit that hire primarily minorities. The Entrepreneurs of Color Fund can cover both short- and long-term loans of anywhere between $50,000 and $150,000.  Funds are also available for tech help, networking, marketing plans, business plan development and cash-flow management systems.

Illinois Governor Bruce Rauner created an investment program called Advancing the Development of Minority Entrepreneurs (known as ADME) in order to strengthen the state’s start-up and small business economies. The first three cities in which the program was rolled out in August of 2016 were Chicago, Peoria and Rockford.

ADME identifies minority entrepreneurs (African-Americans, Latinos, Asian-Americans, women and veterans) with high-potential and provides complete support so they can grow their businesses. Those selected get to participate in a Business Experience Boot Camp; are paired with a mentor and an advisor; and given access to capital.

Black Dot, located in Seattle’s historically black Central District, “is a culturally responsive community for black entrepreneurs [that] provide[s] space, knowledge and support for creatives to operate and grow their business.

Google’s Small Business Supplier Diversity Program “is designed to connect more minority-, women-, veteran-, persons with disabilities- and LGBT-owned small businesses to opportunities within Google while helping them grow on the web.” There are several excellent program benefits, such as access to the Digital Excellence Program at the Tuck School of Business at Dartmouth; $100 credit for Google Adwords; and inclusion in Google’s supplier database.

Práctico Innovation wants to pair business problems with innovative, realistic business solutions. It is a private company “structured to discover creative and practical innovative ideas often hidden in plain sight [of] communities of color.” Práctico Innovation invests in, offers strategic coaching and workshop training to and provides network introductions to minority-owned companies (with a focus on those that are created in Rhode Island) that aim to create a worthy business value that incorporates science and/or technology

Elevate is a program within the Grand Rapids Area Chamber of Commerce that “helps accelerate the growth and development of sizable minority-owned businesses in Western Michigan.

The Minority Business Development Agency  is a federal agency that is part of the U.S. Department of Commerce and assists minority entrepreneurs with a variety of skills as well as networking. MBDA Centers endeavor to connect minority business owners with access to capital, contracting opportunities and exporting opportunities.

Hack the Hood is a non-profit organization that trains low-income youth in a variety of tech careers, including SEO, website creation and coding. 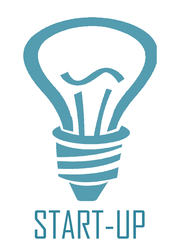 Code2040 “creates access, awareness and opportunities” toward “educational, professional and entrepreneurial success in technology” for blacks and Latinas.

National Action Council for Minorities in Engineering is an organization that aims to expand the presence of minorities in the fields of science, technology, engineering and STEM education and careers. It offers scholarship programs, a career center, corporate support and partner institutions.

The Office of Women’s Business Ownership is a division of the Small Business Administration.

The U.S. Pan Asian American Chamber of Commerce (USPAACC) is “the oldest and largest organization representing Asian American businesses in the United States.”

If you are involved with an organization that assists minority entrepreneurs, please share the relevant information in the Comments section below.